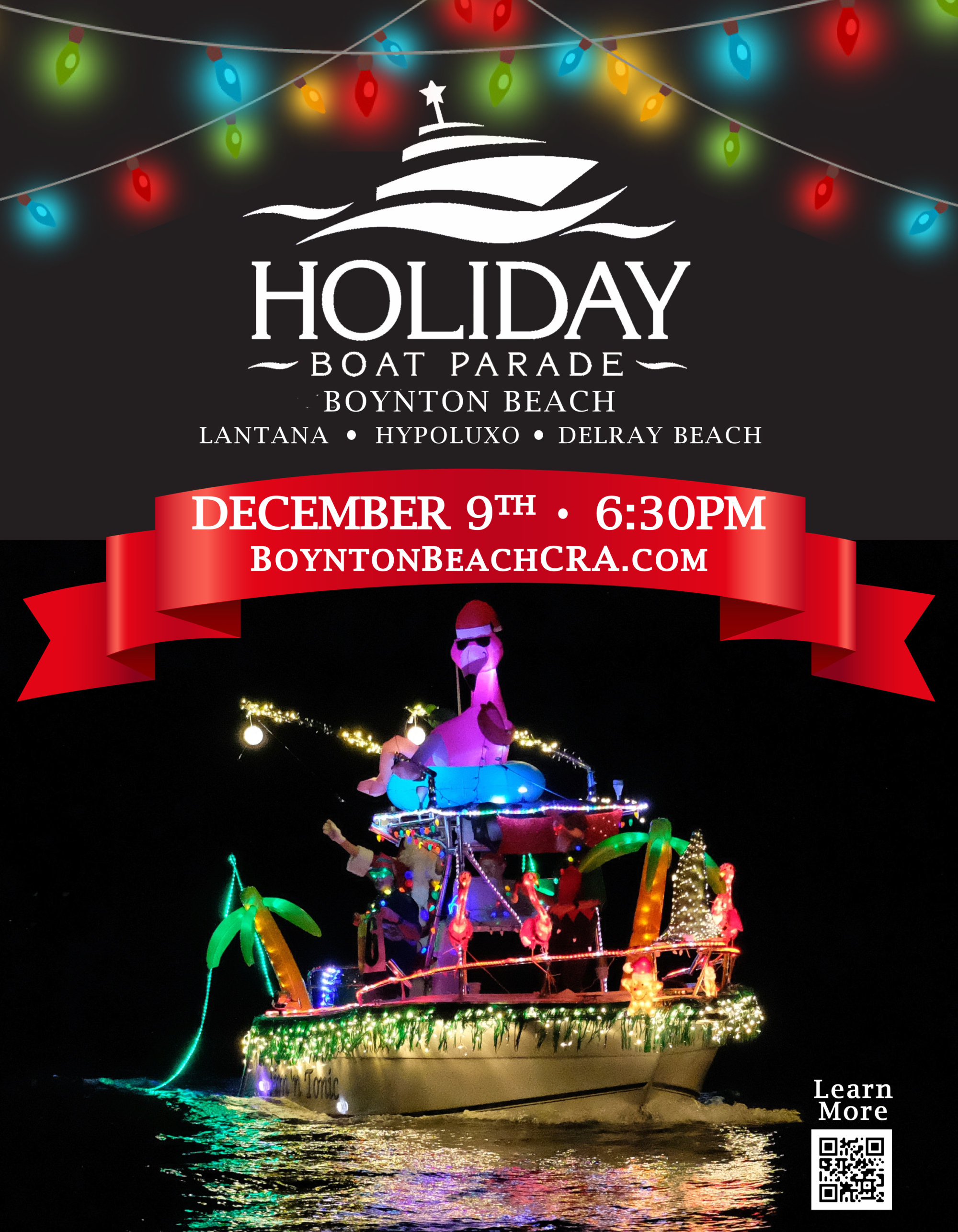 The Holiday Boat Parade is hosted annually on the second Friday of December. The event features a variety of festively decorated boats. This year, the event is being held in partnership with the Town of Hypoluxo, Town of Lantana, and City of Delray Beach.

Each year, a combination of privately owned and commercial vessels decked out with dazzling lights, holiday décor, and costumed captains compete in the modest, yet wildly popular boat parade. The festive flotilla lights up the Intracoastal waterways!

At 6:30 PM, the parade will form at the Ocean Avenue Bridge in Lantana (near Old Key Lime House) and travel south to the C-15 Canal in Delray Beach (south of Linton Boulevard).

The boat parade will travel directly underneath several area bridges. To ensure the safety of motorists and pedestrians the bridges outlined below will be held in the upright position while the boat parade is passes each area. It is very difficult to provide an exact time that the bridges will be unavailable for crossing. The times listed below are estimates based on data collected in previous years.

All local boaters are invited to participate at this year’s Holiday Boat Parade. Entry is FREE, however all participants are required to bring a new, unwrapped toy to the captains’ meeting.

Prizes will be awarded for First, Second, and Third Place in three size categories: Under 25 feet, 25 feet to 34 feet and 35 feet and up.