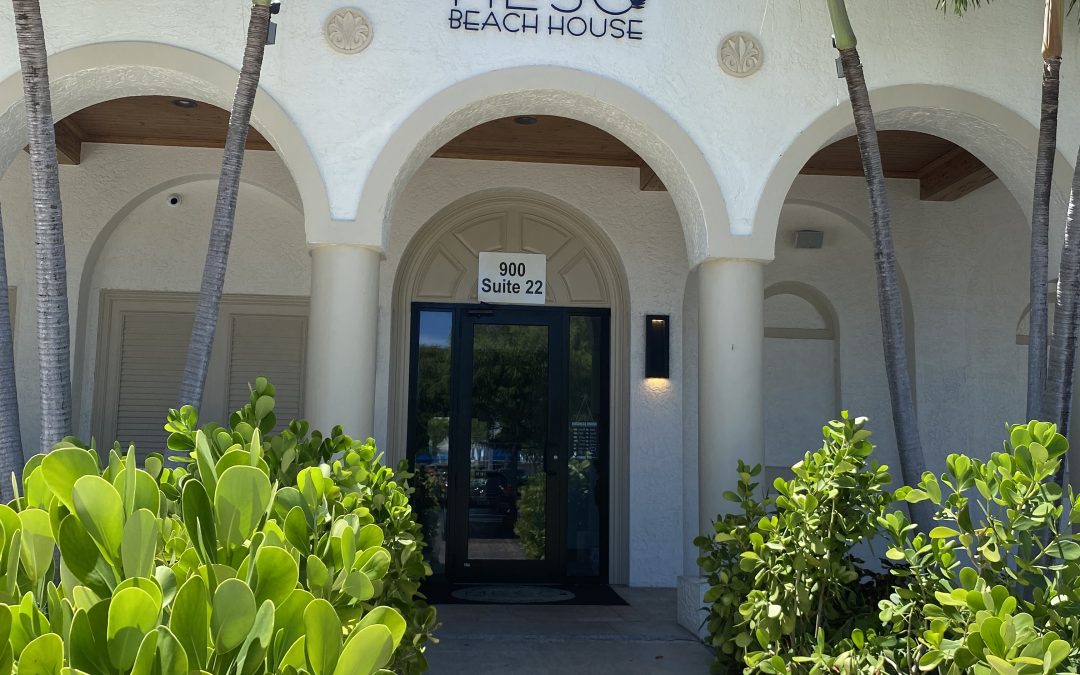 From an exclusive report in August featured on the Best Of Delray Beach Community Chat Facebook Group:

Meso Beach House became the latest in a long line of restaurants that failed in a beautiful yet troubled Intracoastal location near Atlantic Avenue. Meso, which opened in January 2022, served its final meals and drinks in early August. The restaurant, an outpost of a New York-based brand, sought financial reorganization/bankruptcy protection through the courts and a turnkey sale of the restaurant was being worked on (with a last-hour solicitation seeking a $2.5 million buyer to replace a lower offer).

A shame, because the restaurant offered very good food, originally starting with an ambitious if pricey menu of well-executed seafood and Mediterannean mezzes that may have been too ambitious for some Delray Beach diners (example: head-on prawns that were delicious but given an early boot from the offerings). Despite its Atlantic Avenue address, the building is tucked away in a plaza/parking lot south of the busy avenue, making it hard to find and cut off from foot traffic and the stream of cars headed to the beach.

The building/property itself is apparently still owned by a company connected with the Sujoy family, who previously operated Che restaurant at the site. The Sujoys bought the property for $7.75 million in 2018, according to public records, and presumably still are landlords to whoever takes over the Meso lease. Meso debuted with an innovative international menu that didn’t attract enough locals to last through the first summer/slow season.

Bottom line question: With a nut this high (between takeover price and lease obligations) how is any restaurant going to survive here while still being affordable?